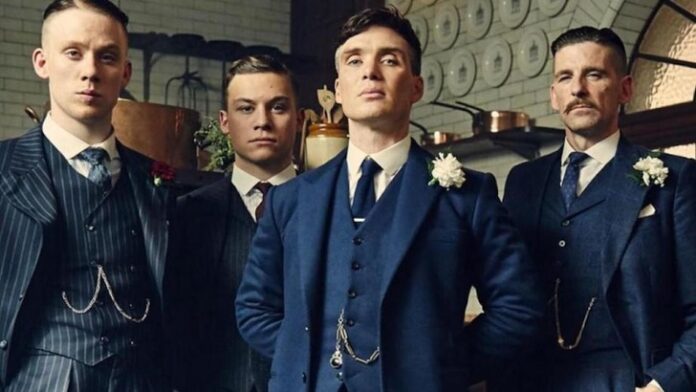 The detective series is fascinating: able to hold the viewer in suspense, with incredible stories of detectives and criminals. These dramas explore the psychological aspect of the characters and mix different stories, alternating breathtaking action scenes as well as romance and generally dangerous love stories. Luckily, Netflix has just a large catalog of police series, to watch during our moments of relaxation.

At BuzzDestination, we have developed a list of 13 series that you can find on the famous platform and who really deserves to be watched.

The main character of  Bodyguard is the British actor Richard Madden, from the Game of Thrones series. He plays the role of David Budd, a war veteran who suffers from post-traumatic stress. After becoming a police officer, he is in charge of the protection of an ambitious politician, Julia Montague, while England is in a particularly complicated moment of her political life. The series includes six breathtaking episodes, which interweave political and psychological suspense that pushes the viewer to constantly reflect on the intentions of each character.

This crime drama is performed by Jonathan Groff and  Holt McCallany, and it is based on a true story, including the theories and career of  John Douglas, the true founder of the FBI’s Behavioral Sciences Unit, a pioneer in the use criminal profiling to find murderers. This series, adapted from John Douglas’s homonymous book, explores both the world of the police, but also looks at the psychological and personal dimension of the main characters, worn out by their work.

This series depicts a normal family immersed in the world of crime, starring actor Jason Bateman. He plays the character Marty Byrde, a financial adviser who, along with his wife, must move to the city of Ozarks after being forced to pay a large amount of money to a Mexican cartel to protect his family. However, things will get complicated for the Byrde family because of problems with local gangs, and internal conflict with their children.

In 2008, Marie, an 18-year-old girl, is sexually assaulted by a man in her apartment. After filing a complaint, the police give up the search. However, two years later, detectives Grace Rasmussen ( Toni Collette ) and Karen Duvall ( Merritt Wever ) believe they have found the trail of a serial rapist with the same modus operandi. Inspired by actual events and based on the research of the team awarded the Pulitzer Prize in 2015, Unbelievable tells the story of appalling crime and a huge miscarriage of justice.

This Belgian series features an assassin who relies on the 10 commandments to decide who will be his next victim. The murderer continues to commit his crimes with the hope of awakening the conscience of society.

Elite traces the story of several students enrolled in the private high school “Las Encinas”. The life of these teenagers of the good society of Madrid is complicated when one of their classmates is murdered. Throughout the eight episodes, the viewer gradually discovers the characters and facts that took place before the crime. In the second season, the investigators must this time examine the mysterious disappearance of one of the students, to determine its possible involvement in the assassination.

Four women who have a surprising talent for deciphering and have distinguished themselves during the Second World War alongside the British government become the investigators of a group of terrifying assassins in London in the early 1950s. Together, they will lead the culprit to justice with her former friends … In the second season, two of the women undertake a new mission that will take them to California.

The third season of Marginal has just been released on Netflix. The former policeman Miguel Palacios, played by the actor Juan Minujín, integrates a prison under a false pretext and a false identity. Its purpose is to infiltrate a criminal gang formed by prisoners and prison guards to obtain information on the disappearance of the daughter of a judge, who was sequestered by the group.

Composed only of four episodes, Retribution traces the tragic story of a newlywed couple murdered after their return from honeymoon. This series filled with mysteries, secrets, and suspense will captivate the viewers who will attempt in vain to put in order the confused tracks and the suspicions on each of the characters.

American Crime Story is an anthology of the notorious crimes and predators of the United States, each season tells a story and has a different cast. The first and second seasons concerned the O. J. Simpson case and the assassination of  Gianni Versace. The third instalment, which will be released in the course of 2020, will focus on the events that occurred during Bill Clinton’s presidency when he had a relationship with a White House trainee.

Inspired by facts real, the series tells the tragic story of five African-American teenagers wrongly convicted and sent to prison for sexually abusing and nearly left for dead a jogger in Central Park, New York, in 1989. The scenario of four episodes retraces the judgment and the struggle of these young men to save their honour.

The first season is performed by Jessica Biel and  Bill Pullman. She recounts the events after Cora Tannetti (Jessica Biel), a quiet wife, savagely kills a man in public for no apparent reason.

The investigator (Bill Pullman) is obsessed with this case because he is convinced that this young woman can not have committed such a gesture for no particular reason, so he will delve into his past and find out what led him to this crazy act. The Sinner has eight episodes and two seasons. The third is currently in preparation, with again the character of Bill Pullman in the role of the tortured investigator.

Peaky Blinders focuses on the character of Tommy Shelby (played by Irish actor Cillian Murphy ), a veteran of World War I who returns to his hometown with other soldiers. Tommy has big ambitions for his group of criminals, Peaky Blinders, a name inspired by the tradition of sewing razor blades on their caps. Each season has six episodes and tells about the various dishonest opportunities that come to Tommy.