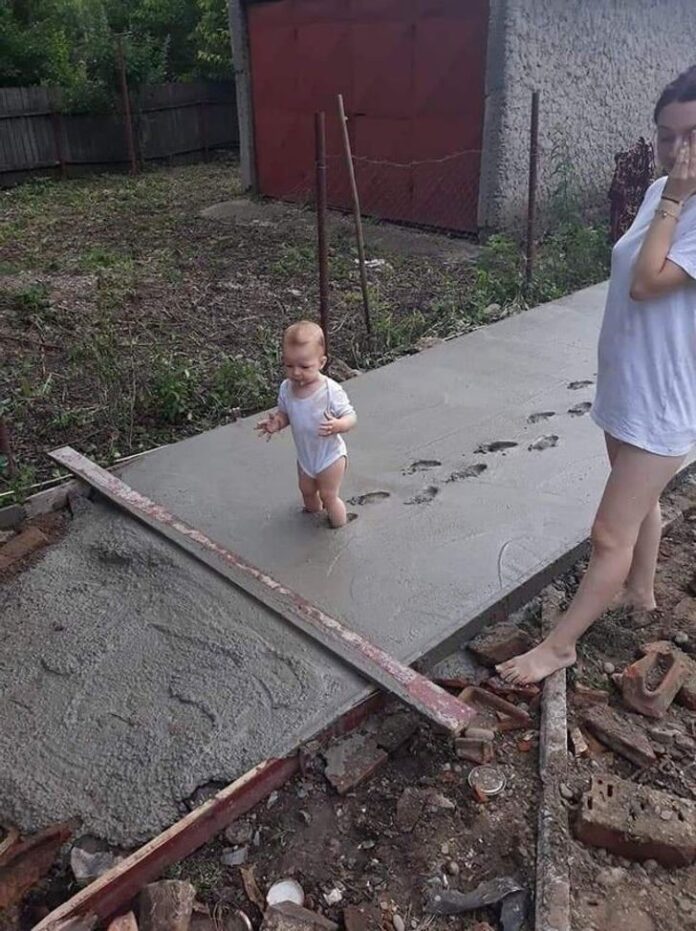 Unfortunately, there are no statistics on the number of times a child takes his parents out of hinges each day. But if we had to guess, we would say that … it happens too often!

And it’s not just because of their questions that children are confusing their parents. From time to time, they do things so unexpected that they put us in such an unstable emotional state that we no longer know whether to laugh or cry about the situation. At BuzzDestination, we think that the series of photos below perfectly illustrates this mix of feelings.

1. We too have a headache for this lady

2. “My daughter thought the little girl in the picture was her. Bonus: my son is in the background of this picture. “

3. “My son feeds his stuffed dog with fish-shaped croquettes while his real dog is out, disgusted”

4. “My daughter thought that one straw would not be enough …”

“Mom, I just wanted to tell you that Mother’s Day would not be possible without me.
I will wait for my presence in the living room.
I love you,
Joshua. “

7. “I surprised my son watching cartoons at 3 am. He really did not expect it. “

12. “After washing my hands, my son tried to go down alone and got stuck. I found him hanging there … helpless … “

13. “I was playing hide-and-seek with my children, and I found my daughter”

15. “I took my daughter to an exhibition on Van Gogh”

16. “My daughter finds places at random and turns them into beds. I found her sleeping in a storage box. “

17. “My daughter chose to dress like this to watch her brother get on the school bus”

18. “It looks like my daughter has defeated an entire army of Lord Sith”

19. These children were asked to disguise themselves as elves for the school play. One of them chose Elvis instead.

Which of these children made you laugh most? If you have pictures of your children that could complete this collection, do not hesitate to share them with us in the comments below!