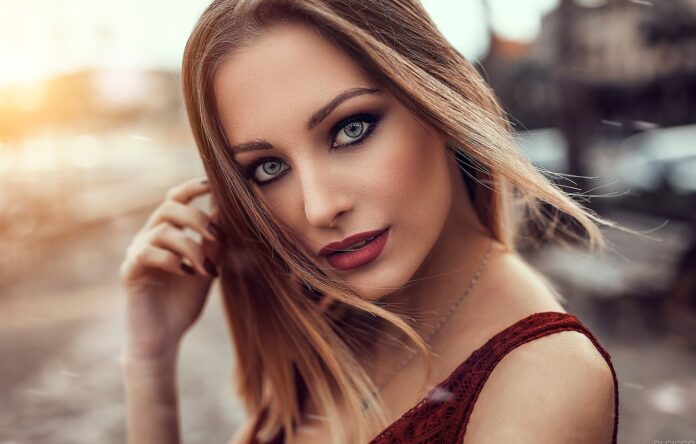 You will learn why not only women’s magazines but also evolutionary biologists are ordered to be selfish ladies.

A new trend is gaining momentum in TikTok. Russian girls dance with saucepans in their hands to a song that begins with the lines “I will never become a feminist, I want a man to pay for me …”. The author of this song presented modern women with an idiotic choice. A choice between being able to be called a full-fledged member of society and pleasant gender traditions.

It’s time to destroy the stupid intrapersonal conflict in women’s heads. Along with the inalienable right to freedom, happiness and career aspirations, every woman has another right. The right to cling to a man’s wallet. And today I will justify this right in nine different ways.

If men can demand transcendental things from us, then we too

Men are cunning creatures. They have shaped a modern culture in which women are faced with a variety of different demands. Have babies in batches, but look like a sixteen year old nymph. Be a heterosexual in bed, but a nun in public. Take care of your household and keep the hearth, but do not turn into a brood hen. Goodbye to betrayal, but do not lose your dignity. At the same time, men spit for a modest mutual demand to correspond to their historical role as a breadwinner. The phrase “mercantile woman” now gives off an odor. But think about why they can, but we can’t. We have the right to parasitize on the prevailing role-playing stereotypes no less than men.

Men’s resources are an ancient and well-functioning social elevator. It’s a sin not to ride this!

Princess Olga, Khyurrem Sultan, Madame de Pompadour, Catherine the First, Lilya Brik, Marlene Dietrich – all these women made a significant contribution to the history of their time. And each of them achieved this goal with the help of powerful men. We admire Khyurrem Sultan, who was involved in politics and charity with her husband’s money. And at the same time we despise an old acquaintance who asked her husband for money to open her beauty salon. Or maybe it would be better if we took an example from her?

Feminine attraction is your trump card. So let it work for you!

A playful sirloin ad sells everything from a bottle of water to cars. The modeling industry is handling huge sums of money. Politicians and businessmen choose women as an accessory to show off to business partners. We do not judge the men who have shaped this reality. But we condemn women who agree to play the role of an accessory. It’s time to regain the right to independently manage your resources, girls.

A woman has higher risks in a relationship.

We live in a capitalist society where everything is regulated by the laws of the market. One of the key market laws sounds like this: the higher the risks, the higher the profitability. Female risks from sex exceed male risks. We can get pregnant, it is harder to endure venereal sores, and at the same time we get an orgasm much less often. And our risks must be compensated. Than? Flowers, money, courtship.

Conservative ideas about a male protector did not appear out of nowhere. For a long period of evolution, a man was the guarantor of survival for a defenseless woman with a small child. Since these dense times, the social system has changed significantly, but we ourselves have not changed much. That is why it is still critically important for anxious young ladies to know that their betrothed is a reliable person who will not leave them. And the simplest guarantor of this reliability is material. Agree, it is much more difficult to spontaneously leave the lady for whom you have registered the car and apartment. Even a bike in the park is taken on the security of a passport or a couple of thousand rubles. So why should you give up for a cheaper bike?

In the 1970s, biology professor Robert Rivers put forward the so-called parental contribution theory. She has greatly influenced evolutionary biology. According to this theory, the gender that is more invested in raising the baby will set the selection criteria for finding a partner. And representatives of the opposite sex will compete for the attention of the first. In our species, women are absolute leaders in terms of contribution to offspring. We become pregnant, carry, give birth in agony, sacrifice careers and appearance, wipe snot, feed and take to kindergarten. This means we have an evolutionary right to demand payment of our costs.

It is harmful for women to work hard

Scientists from Ohio University have found that workaholic women are at serious risk of their health. As a result of a study conducted on a sample of 7.5 thousand people, it turned out sad. The longer a lady’s work week, the higher her risk of getting cardiovascular disease, arthritis, diabetes and even cancer. In the case of men, no similar relationship was noted. So if your cunning husband presses on you with the need to pay the bills equally, he literally contributes to your early death. Isn’t this the most blatant violation of women’s rights?

In the middle of the twentieth century, the term “second and third shift” arose in social science. This is the name of the phenomenon in which a working woman is obliged to plow in several more positions for free after work: mother, cleaner, cook, chief comforter and snot wiper. Also, a woman is obliged to spend every day energy to maintain a “presentation” for the sake of social and male approval. And I don’t mind, you know. We are ready to provide household, emotional and aesthetic services. Just let the men be willing to compensate for this contribution.

Women of all cultures and ethnicities choose men with money. Have you found yourself in the trash in order to demand less than everyone else?

Many studies on mate choice support a simple fact. Women prefer dominant and socially successful ones. The largest of these studies included 10,000 people from 37 cultures across six continents and five islands. In all cultures, women preferred a partner with good financial prospects. And if something is accepted by women in all cultures of the world, then you also have the right to bite off the common pie.

Therefore, dear (in the literal sense of the word) ladies, shyness away. Next time, do not hesitate to ask your Vanya to bring home an extra kilogram of sausage. Remember what a woman wants, God wants: which means that sometimes God wants moldy cheese and new shoes. Remember, natural selection is in your manicured hands. Use this power wisely.