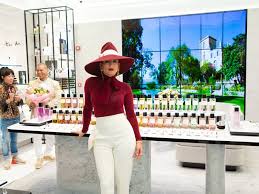 This fee was paid to her by the Arab sheiks for a short performance at the opening of the Doha Festival City Mall in Qatar.

Two million dollars in just 20 minutes earned Jennifer Lopez. Such a fee, not counting another million in expenses, which included a private jet, the actress was paid by Arab sheiks for a short presentation at the opening of a shopping center in the Qatari capital Doha.

According to the KP.ru website, the contract included a 20-minute concert and interaction with the visitors of Doha Festival City Mall, during which J. Law gave a speech about women’s rights and was photographed with fans.

According to the publication, the actress has the opportunity to earn another million 200 thousand dollars this month – Qatari sheiks ask her to give an additional mini-concert. However, Lopez has not yet decided whether it is worth it, therefore the amount of the fee in the negotiation process may increase.

Earlier, Channel Five reported that a six-day tour of the UK reunited Spice Girls would cost the organizers a seven-digit amount.